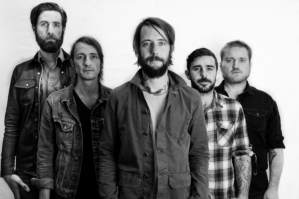 BOH is a band who, when first hearing their song “The First Song” (coincidentally), I was immediately drawn to.

They’ve been around forever (about 7 years). When indie/emo gods Carissa’s Wierd (spelling error intentional) broke up in 2003, Ben Bridwell (vocals/guitar in Band of Horses — drums, then bass in CW) started a new band, very different from CW, and in my opinion, much better.

I think their best record without a doubt, is 2007’s Cease To Begin. I feel that BOH has gotten kinda bland with the recent records (which I also feel have a warmer production style that I don’t really like as much as the production and engineering of Cease To Begin.

Here are a few of my longtime faves:

Also, check out “The Funeral”, “The First Song”, “Laredo” and basically every single one of their other songs… cause they kick ass.